MARTIAL ARTS FOR THE WHOLE FAMILY

Karate vs Taekwondo: Which Martial Arts Style is Better and Why 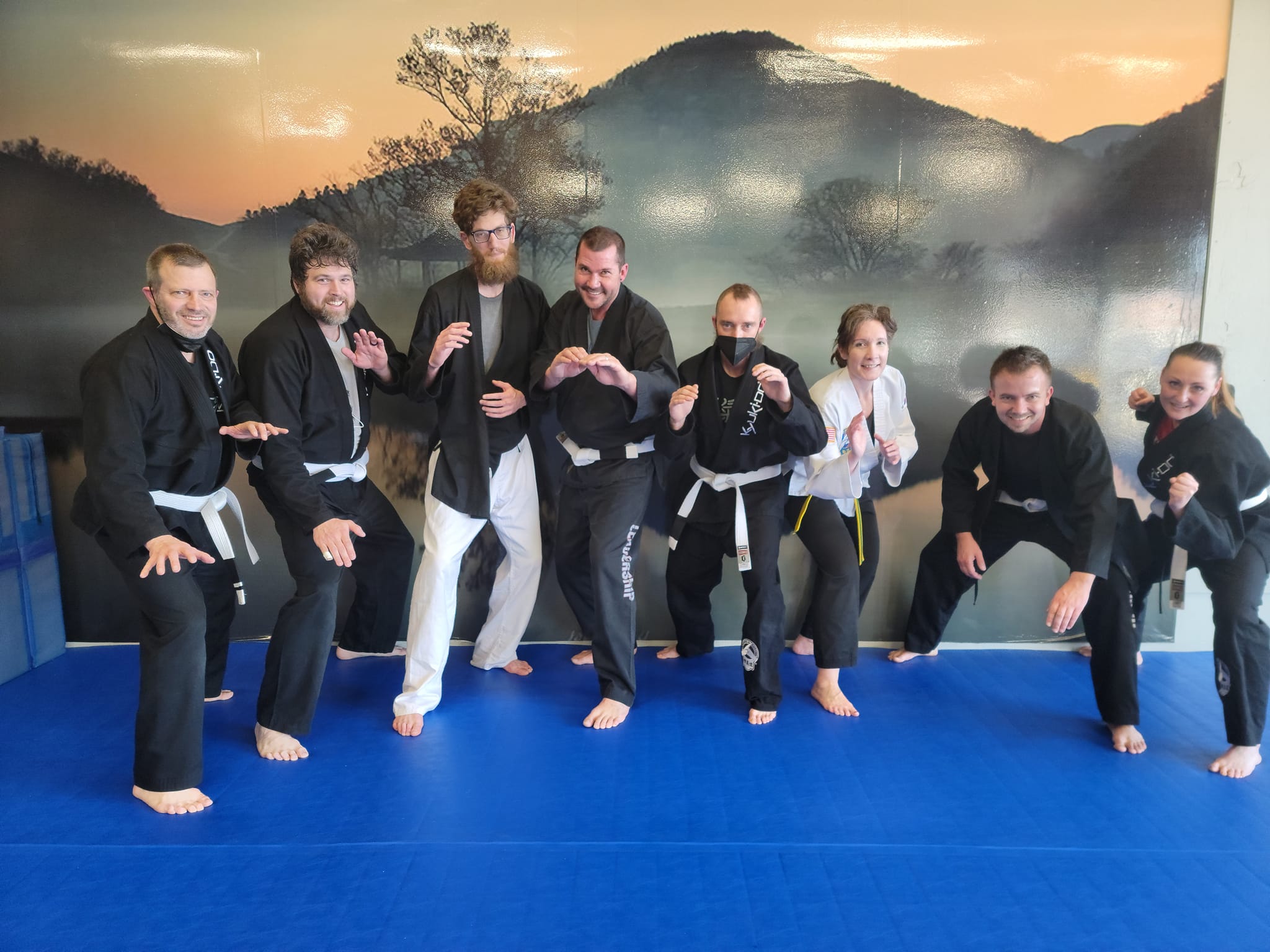 The Difference Between Karate and Taekwondo

The most basic difference in karate vs taekwondo is the difference between kicking and punching. Think of the shuto uchi, or the famous “karate chop” you’ve seen in movies – karate uses hand techniques primarily, and then kicking as a backup. Taekwondo is the exact opposite- it emphasizes kicking and uses hand techniques as the backup. Taekwondo has more diversity in combos as well, like spinning and jumping kicks.

Origins of Karate and Taekwondo

When picking which self defense you want to study, it can be helpful to consider the origin. Karate started later but modern culture made it pretty famous, while taekwondo has been practiced for thousands of years. Karate, made famous by Mr. Miayagi in The Karate Kid, was first practiced in Japan. It started around 500 years ago to, legend has it, stop the use of weapons on the island of Okinawa in order to prevent war. The Japanese started protecting themselves with their hands instead of weapons, and karate was born- hand-to-hand fighting.

Taekwondo goes back even further to 50 B.CE. in Korea. It’s all in the name- tae means kick, kwon means punch, and do means, well, doing things. So taekwondo literally means defending yourself with your whole body – it’s known as the art of the foot and hand. Interestingly, when Japan took over Korea in the 1900’s, the Japanese actually banned taekwondo. Japanese rebels practiced the martial arts form in secret, and it’s because of them that we can even practice taekwondo today.

So what is the difference between karate and taekwondo? It’s the difference between the two halves of your body- hands/arms and legs/feet. Karate means empty hands, a nod to the fact that it’s a martial arts form relying heavily on the use of your hands sans weaponry. There’s a certain focus on stamina and mental strength because one of your only forms of protection when practicing is your mind. Karate students learn lots of hand techniques and combinations while keeping kicks on deck if needed.

It’s a good fit for when you’re close to an opponent and need that hand-to-hand combat advantage. On the other hand, taekwondo focuses on the legs, chiefly because the leg is the strongest weapon. Kicks in taekwondo are very powerful for striking your opponent. Students in taekwondo classes learn spin kicks and a number of different kicking combinations while using hand techniques if necessary. Taekwondo is perfect if your opponent is at a distance, because you can utilize the length of your legs against them.

Competing in Taekwondo and Karate

Both karate and taekwondo are not only practical and effective martial arts forms, they provide opportunities for competition and advancement that will challenge you to grow. They both require serious mental and physical strength and stamina just like other martial arts classes, which is why so many in Lexington & Nicholasville enjoy the rewards of hard work paying off at belt ranking and in competition. There is a difference between karate and taekwondo similar competition rules.

The rules of karate are a bit more involved, while the rules of taekwondo are more simple. In a karate competition, you can strike to the head, neck, face, chest, side, abdomen and back. The karate judges have a list of criteria that need to be followed in order for the match to be considered a win, like good form, accurate distance, and good timing. Taekwondo competitions are more to-the-point. A taekwondo competitor gets 3 points for a kick to the head, 2 points for a spinning kick to the opponent’s torso, and one point for a basic attack on their torso.

To be honest, karate or taekwondo will both get you super fit and in shape very quickly. They’ll both teach you self defense skills that you can use to defend yourself against an attacker. And they’ll both teach you to keep going no matter what, respect yourself and others and gain confidence like never before. So which is better, karate or taekwondo? We’ll show you in class, as the better one for self defense is the one YOU do. Doing nothing will result in nothing! So come and try martial arts with our AKF Lexington & Nicholasville's Martial Arts staff here in Lexington & Nicholasville for yourself- you’ll LOVE it!

This is a Mommy & Me class where Mom, Dad or a helper get on the mat and help the student stay on task.

This is the only pre-main stream yet independent way young students can get in, have fun, burn energy and even earn their way into the main stream classes.

This is an alternative to traditional martial arts training. Perfect for the extremely shy, cautious, unsure or even the ADHD kid we love to help so much. Get moving, get training and earn their way into the main stream classes when they are ready.


This is our only main stream martial arts training program. Everyone who wishes to advance in rank, train at least two days a week, be held accountable, get engaged in a brighter future and/or has their eye on that future black belt, must be enrolled in this program!

Fill out the form below to

Get Your Spot Now!